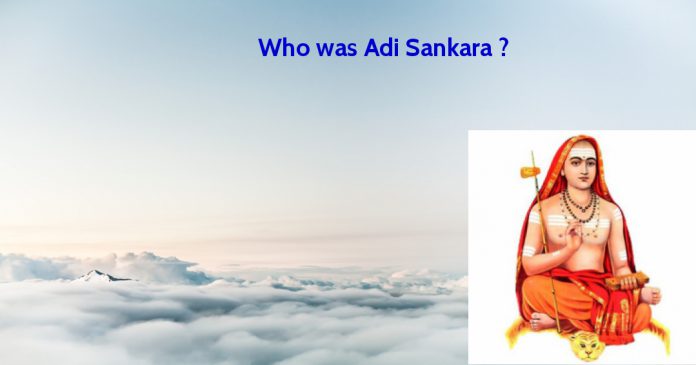 Adi Shankara was a philosopher and a sage from India who consolidated the doctrine of Advaita Vedanta. He is credited with unifying and establishing the main currents of thought in Hinduism. He wrote commentaries on the Brahma Sutras, Upanishads and Bhagavad Gita.
———————————————————————

Adi Shankaracharya ( movie)  is a 1983 Indian film in Sanskrit language directed by G. V. Iyer.
The film depicts the life and times of 8th century Hindu philosopher, Adi Shankara, who consolidated the doctrine of Advaita Vedanta (Non-dualism) in Hindu philosophy. It was the first film in India to be made in Sanskrit.