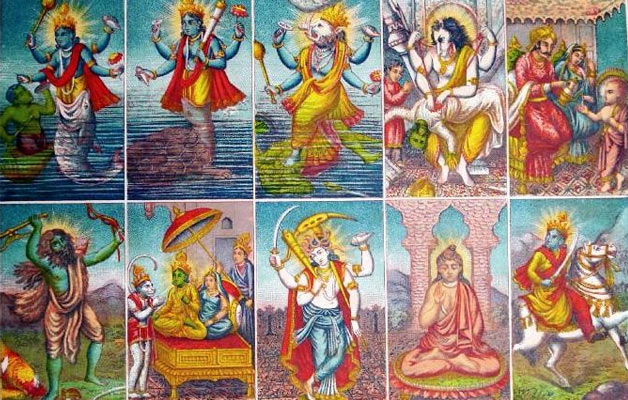 Dashavatara ( दशावतार ) refers to the ten primary avatars of Vishnu, the Hindu god of preservation. Vishnu is said to descend in form of an avatar to restore order on this earth.

The Bhagavata Purana claims that Vishnu has infinite avatars which he takes whenever there is a need to restore cosmic order, however, it still goes on to numerically list out 22 Vishnu avatars in chapter 1.3
Four Kumaras (Catursana) – the four Sons of god Brahma and exemplified the path of devotion
Varaha- The divine warthog who lifts earth from cosmic waters
Narada – the divine-sage who travels the worlds as a devotee of Vishnu
Nara-Narayana – the twin-sages
Kapila – a renowned sage spoken of in the Mahabharata, son of Kardama Muni and Devahuti and sometimes identified with the founder of the Samkhya school of philosophy
Dattatreya – the combined avatar of the Hindu trinity Brahma, Vishnu and Shiva. He was born to the sage Atri became a great seer himself
Yajna – the lord of fire-sacrifice, who was also a previous Indra – the lord of heaven
Rishabha – the father of Bharata Chakravartin and Bahubali
Prithu – the sovereign-king who milked the earth as a cow to get the world’s grain and vegetation and also invented agriculture
Matsya – A narwhal who guided Manu’s ark during the pralaya (deluge) and also killed demon Hayagriva
Kurma – A giant tortoise who balances Mount Mandara atop his caprice during the churning of the cosmic ocean of milk
Dhanvantari – the father of Ayurvedic medicine and a physician to the Devas
Mohini – the enchantress
Narasimha – The man-lion who kills demon Hiranyakashpu
Vamana – The dwarf
Parashurama – The Brahmin warrior with an axe who kills Kartyavira Arjuna and his Kshatriya allies
Rama – ‘Perfect King’ from Suryavansha, Subject of Ramayana
Vyasa – the compiler of the scriptures – Vedas and writer of the scriptures Puranas and the epic Mahabharata
Balarama – Elder brother to Krishna
Krishna – Subject of the Mahabharata and the Bhagavad Gita
Buddha – The enlightened teacher
Kalki – The future lawgiver 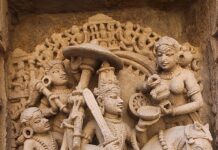 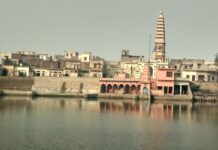