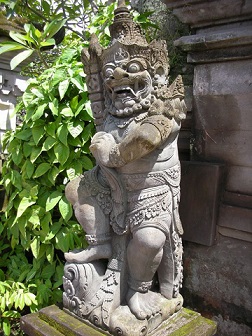 When Lord Ram asked the Rishi Augusta,  that who were the Rakshasa born before the Pulastya (पुलस्त्य) lineage  ( referred to Ravana, Kumbhakaran e.t.c )

Rishi Augusta replied him , that in the beginning when Lord Brahma created these Ocean on the earth and is further created the species living in them.

Soon all those species who were surviving in those waters, being affected by hunger and thirst went to Lord Brahma to seek guidance.

Lord Brahma directed them to protect the waters created by him, and survive on them

Among species created by Lord Bharama, first were brother known as Haiti (हेतिः) and Prahaiti (प्रहेति:)

Haiti (हेतिः) married to sister of Kala (काल​) named as Bhaya (भया), they both had son called Vidyutkesh (विद्युत्केश)

These three brother were first to made Lanka as capital, after being defeated by Lord Vishnu in a battle, the Malayvaan and Sumali went to Patalalok. Mali was killed in the battlefield. 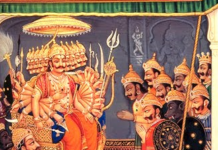 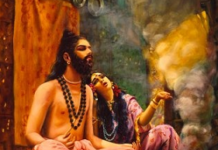