Home Purana What are the different avatars of Lord Vishnu ? 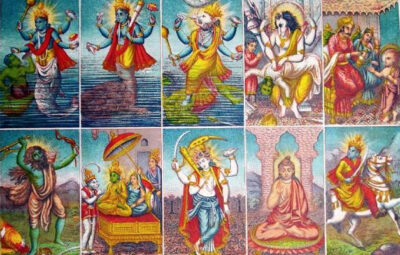 Dashavatara refers to the ten primary avatars of Vishnu, the Hindu god of preservation. Vishnu is said to descend in form of an avatar to restore order on this earth.

Name of the main avatars of Lord Vishnu:

The Bhagavata Purana claims that Vishnu has infinite avatars which he takes whenever there is a need to restore cosmic order, however, it still goes on to numerically list out 22 Vishnu avatars in chapter 1.3

Following are those 22 avatars mentioned in Bhagavata Purana: