is a sacred utterance, a syllable or group of words believed to have psychological and spiritual powers.  Example – Gayatri Mantra, Om, Shanti Mantra

A pair of successive lines of verse, typically rhyming and of the same length. Most Hindu scriptures are written in forms of slokas. Mahabharata, Ramayana & Upanishads etc.

It is written in poem like structure expressing praise and personal devotion to a deity. Many Stotram hymns praise aspects of the divine, such as Devi, Shiva, or Vishnu.  Example – Panchakshara Stotram, Ram Raksha Stotram, Saraswati Stotram

Stuti is derived from “स्तु”  dhatu means to pray or to praise. Any prayer offered to praise is called Stuti. It can be done by reciting mantra, suktam, Stotram or bhajan. Example – Laxmi Stuti, Shiva Stuti 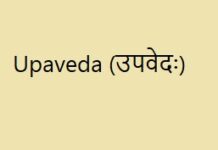