Home Hinduism What is the significance of Makar Sankranti ? 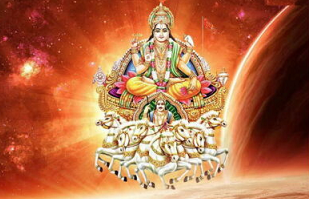 Makar Sankranti (मकर-सङ्क्रान्ति) is one of the important festivals celebrated for its spiritual, religious and astrological significance.

The southward movement of the sun is called “Karka Sankranti” (कर्क-सङ्क्रान्तिः) which begins in the month of July which lasts for a period of six months is called “Dakshinayanam”(दक्षिणायणम्).

Uttarayana marks the beginning of the day for Devatas, and Dakshinayana, the night.

Bhisma, the great grandsire of Pandava who had the boon of willful death (इच्छा-मरणम्) waited for Uttarayanam to come before giving up the body. It was on this day, Bhagiratha liberated his ancestors from the curse by doing tarpana. Astrologically, on this day, the Lord Sun visits the house of his Son, Shani and stays with him for a month.

With regard to the spiritual significance, Sannyasis who was observing “Chaturmasya vrata”, the vrata consisting of staying in a place for a period of four fortnights come to an end, and they commence their wandering life disseminating knowledge to the seekers.