Introduction of the story

This story is taken from Panchatantra (पञ्चतन्त्र) and is called as Kshapanaka Katha (क्षपणक–कथा). Kshapanaka means a monk of Jain or Buddhist order

Moral of the Story

This story is also mentioned in Hitopadesha (हितोपदेश ), Vigraha , Story -10, where it states :

Once in the town of Patliputra, there lived a merchant named Manibhadra. He was a rich and charitable man. But once, misfortune struck him and he lost all his wealth. He became poor and his social status also diminished. He became very depressed. 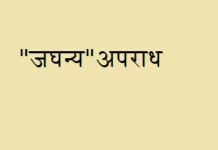 How this word called as “जघन्य” was originated ?

How this word “Putr” was derived ? 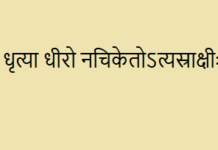