Shiva Mahapurana,  is a Saiva Purana which describes legends and ritual of Lord Shiva. Shiva Mahapurana is arranged into seven Samhitas ( including the Gita press version )

Rudrasamhita is divided into five sections – Creation, the story of Sati, the story of Parvati, the birth and glory of Kumara and Siva’s battles.

Vayaviya Samhita has two parts , Purvabhaga and Uttarabhaga. It is called Vayaviya, as it includes the dialogue of Vayu devata. 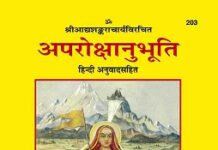