When Prajapati Daksha decided to increase the earth population, so he beget thousand sons in the womb of his wife, Pāñcajanī. These sons, who were all of the same character and mentality, were known as the Haryashvas.

Ordered by their father to create more and more population, the Haryashvas went to a holy lake named Narayana-saras, The Haryashvas began practicing austerities, penances and meditation. However, when Narada Muni saw these boys engaged in such austerities simply for material creation, he thought it better to teach them the correct path of liberation.

Narada Muni described to the boys their ultimate goal of life and advised them not to become ordinary householder to produce children. Thus all the sons of Daksha became enlightened and left, never to return.

Prajapati Daksha, who was very sad at the loss of his sons, begot one thousand more sons in the womb of his wife, Pāñcajanī, and ordered them to increase population.

These sons, who were named the Savalasvas, also engaged in worshiping Lord Vishnu to beget children, but Narada Muni convinced them to become renounce the path of householders.

When Daksha came to know about this , he became angry with Narada and told to him :

Narada, an individual cannot know the suffering of the objects without actually enjoying Objects. Those whose minds are changed by others, do not become as renounced as those who have personal experience.

You have made me lose my sons, therefore I curse you. You will wander all over this universe, and no-one will give you a permanent place to reside. 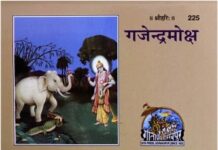